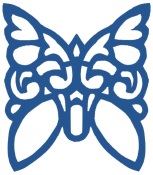 A couple of weeks ago I heard a story on NPR about a man named Stoney Emshwiller. When Stoney was 18 years old, he filmed himself interviewing his older self. He asked his future self questions like, “Are you famous? What’s your wife like? Did you get any less clumsy?” Thirty-eight years later, a now-56-year-old Stoney has made a documentary showing him answering his younger self’s questions. The film, which is called Later That Same Life should be coming out in the next year, and I’m eager to see it.

The premise of this film got me wondering what my younger self would think of who I’ve become. I know my six-year old self would be incredibly disappointed that I’m not a prima ballerina, and my 30 year-old self would be angry that I’ve still not published a novel. My eighteen-year-old self would be shocked that I don’t have any children. My self at any age prior to 1997 would not have imagined I’d become a pastor.

What about you? Did your life turn out the way you pictured it when you were younger? Or has your life story included twists and turns that were beyond your wildest imagining 60 years or 16 or even 6 years ago?

What about the lives of your children or grandchildren? Are they pursuing the hobbies or careers or relationships you thought they would when they were little? Or are there surprises there too?

If you are having trouble figuring out how your kids ended up as they have, you might spare a kind thought for an old priest named Zechariah. Zechariah, the father of John the Baptist, is visited by the Angel Gabriel (yes, the same one that visits Mary with the news that she’s expecting a baby). Gabriel tells Zechariah that he’ll have a son who would be the fulfillment of the promises by the prophet Malachi that the prophet Elijah would return before “the great and terrible day of the Lord” to turn the hearts of parents and children to each other.

Though Zechariah and his wife Elizabeth had longed for a child, they—like Biblical ancestors Abraham and Sarah—were pretty old to be thinking about having children. Understandably Zechariah was a bit skeptical about this promise. This annoys Gabriel so much that he pushes the mute button on Zechariah’s mouth until the baby is born. Finally, when Zechariah’s tongue is again free, the writer of Luke’s Gospel records his first utterance as a beautifully poetic, prophetic song, which is what we sang today instead of a psalm.

More than that, as Rolf Jacobson, Old Testament professor from Luther Seminary, explains, “It is a song of the Holy Spirit. Luke’s narrative makes the point over and over again in the first chapter that everything occurring in, with, and under the births of John and Jesus was ‘of the Holy Spirit.’ The speech itself was spirit-event, a moment of God’s Holy Spirit breaking into the ordinary, mundane world. And bringing with it God’s preferred and promised future.”

Zechariah looks into the eyes of his newborn baby boy, and sings, “Blessed be the Lord God of Israel, for he has looked favorably on his people and redeemed them. He has raised up a mighty savior for us in the house of his servant David, as he spoke through the mouth of his holy prophets from of old, that we would be saved from our enemies and from the hand of all who hate us. Thus he has shown the mercy promised to our ancestors, and has remembered his holy covenant, the oath that he swore to our ancestor Abraham, to grant us that we, being rescued from the hands of our enemies, might serve him without fear, in holiness and righteousness before him all our days.”

Looking at his beloved son, he predicts, “And you, child, will be called the prophet of the Most High; for you will go before the Lord to prepare his ways, to give knowledge of salvation to his people by the forgiveness of their sins. By the tender mercy of our God, the dawn from on high will break upon us, to give light to those who sit in darkness and in the shadow of death, to guide our feet into the way of peace.”

And then that baby grew up. Precious little John grew up to be the weirdo in the wilderness we first meet in today’s Gospel lesson: a itinerant preacher in the desert, eating bugs, and shouting at dignitaries that they are a brood of vipers. I can’t help wondering what Zechariah and Elizabeth thought about their adult son. Was this what they’d imagined when Zechariah said his infant John would be “a prophet of the most high God,” giving knowledge and light to all who heard him preach? Or had they pictured perhaps a more conventional church job—one that was indoors, for example, and that came with health insurance and a retirement plan?

Did they foresee his eventual incarceration and beheading at the hands of powerful people as part of John’s prophetic task? Or were they shocked by how it all turned out for him? Did John himself anticipate his unconventional adult self when he was playing with his cousins or learning the Torah from his dad?

However John or his parents felt about John’s eccentricities, it’s clear many people resonated to his message. People from the cities and towns went out to hear his voice crying in the wilderness that they were to repent and prepare for God’s arrival in their midst. Luke makes a point of mentioning the important leaders of the time when John began his ministry, from the political (the emperor and governor) to the traditionally religious (Caiaphas and Annas, the high priests). What is most noteworthy about this list is that not one of the bigwigs on it was appointed to prepare the way for the advent of God in their midst. Luke makes it quite clear that that holy task falls to the outsider, John.

That’s actually a favorite theme in Luke’s Gospel: that God regularly chooses people the world sees as insignificant through whom to do marvelous things. In the next few weeks we’ll hear more about John the Baptist, and about Mary the unwed teenage mom, and the raggedy shepherds who serve as the audience for the heavenly choir. Again and again, we will see God choosing all the least-likely people to participate in God’s world-changing, world-saving activity.

So if that is possible for John, maybe it’s possible for us. Even if we haven’t turned out the way we’d dreamed we would or that our parents wanted us to, we can still be used by God to do God’s work. Maybe the gifts and the scars we have make us exactly the right messenger to communicate God’s love to someone who needs it. I believe that no matter how limited we think our sphere of influence might be, God is at work in our relationships, our jobs, our civic lives, and our families to make this world that God so loves more trustworthy and good, more peaceful and lovely.

Maybe it would help us to remind one another now and again that in the fifteenth year of the twenty-first century, when Barack Obama was President of the United States, and Scott Walker was governor of WI, and Paul Soglin was the mayor of Madison, and Elizabeth Eaton was presiding bishop of the ELCA, the world of the Lord came to Trinity Lutheran Church on the corner of First and Winnebago Streets! And because that word invited us to prepare the way for Christ to come, we are sent out transform the wilderness from a place of scarcity to a place of hope. We are sent out to smooth the pathway to God so that everyone might encounter grace and receive God’s salvation. What happens “later this same life” is a story yet to be told. Let’s make it a good one!