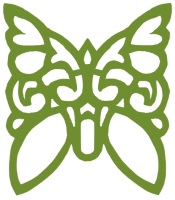 I am divorced. Not once but twice. I feel like I have to put that on the table in order to deal with today’s texts from Genesis and Mark with any integrity. There are people who’d excuse my first marriage as the mistake of a one-week-out-of-college-21-year-old. And—though it’s sometimes harder for people to fathom the mistake I made at 40—anyone who has loved someone with mental illness or addiction usually gets it. (Thank God, in marriage the third time’s the charm!)

But the fact of the matter is, no matter how anyone tries to explain or excuse it, Jesus says that anyone who is divorced and marries again commits adultery. In case you didn’t remember, committing adultery is one of the Big 10 sins—the 6th Commandment, to be exact—and I’ve publicly and irrevocably broken it more than once. If you didn’t know it before, now you know I’m a sinner with a capital S.

Divorce is never God’s dream for human relationships. While it may be the best of several bad options at times, Jesus quotes Genesis to make his point that God’s dream is never for brokenness. He adds that it is only because of our hardness of heart that there are divorce laws at all. After all, divorce is, in its essence, a product and creator of brokenness, and God always roots for wholeness.

Since the beginning, God’s dream has been that every creature on earth feels known, cherished, and understood. In Genesis 1 God repeatedly describes everything God creates as good. At the end of the chapter, culminating with God creating humans—simultaneously male and female, both fully in the image and likeness of God—God proclaims the whole creative endeavor very good.

But Scripture is delightfully multi-faceted, and always a double-edged sword, offering both judgment and grace, a breaking open and a stitching together. For me and for many there is grace in Genesis chapter 2.

In this version of the creation story, the Garden of Eden is a life laboratory, and God is the chief scientist engaging in trial-and-error experiments. Nothing is systematic or orderly. In this telling of the story, God begins by making a single non-gendered human being. After that, God encounters various unexpected challenges in a give-and-take interaction with creation and its creatures. Here when God surveys the emerging horticultural experiment in Eden, God observes that something is not good: “It is not good that the adamah, the mud-creature, should be alone” (2:18).

In Gen. 2, God discovers that human beings are fundamentally social creatures who thrive in close and intimate relationships with others. God attempts to remedy the deficit of community for the human by creating an array of wild animals, birds, and domestic animals as possible soul mates for the human. This first experiment in companionship does not work. The animals are interesting, but none fully resolves the ache and void of human loneliness.

So God embarks on another experiment. This time God assumes the role of chief surgeon and anesthetizes the human mud-creature into a deep sleep. Then God removes a rib from the human’s side and lovingly shapes the rib into a second mud creature who is “like” the man but also “opposite” him. The man awakes and instantly recognizes the fulfillment of his deep longing in the eyes of the woman God has made. Then, for the first time in Scripture, the human being speaks. And when he does, it is in poetry. It has to be, doesn’t it? There is no other way to express the ecstasy and joy that accompanies this momentous occasion: “This at last is bone of my bones and flesh of my flesh. This one shall be called Woman [ishshah] for out of Man [ish] this one was taken.”

The imagery of being “bone of my bones” and “flesh of my flesh” conveys a bond so strong that to sever it would be like physically ripping off a part of one’s own body. The connection is so intimate that the “two become one flesh”—naked, open to one another, vulnerable, trusting, passionate, loving, and “not ashamed.” This union of two lonely human beings yearning for community and finding it in one another is the great climax of the Gen. 2 creation story. Since the beginning this is what God has wanted not only every couple, but for every relationship, period. A bond that incredible, that profound, that rich.

But that isn’t the world we live in, is it? The Garden of Eden is not where we negotiate our relationships, romantic or otherwise. We live in a world of loneliness and divorce and brokenness. And it is precisely into messy world that God comes in the person of Jesus, bringing forgiveness and healing and belonging. Jesus sees us as we truly are, knows exactly what we have done and left undone, and says, “I love you still.” He lives and preaches the truth that God is more interested in relationships than rules.

That is why, when Jesus is approached by members of competing religious communities with a question about divorce law in today’s reading from Mark, Jesus changes the conversation. He’s not interested in discussing how bad divorce is. He would rather remind people on all sides of the argument that the purpose of the law—divorce law, religious law, ANY law, and ALL law—is to protect the vulnerable. Jesus is less interested in who is right about the law and more interested in safety for those at risk or in need.

Remember that in Jesus’ time, only a man could initiate a divorce. A woman who had been divorced lost all she had—economic stability, reputation, and status. Though the religious leaders in Mark’s story might think they are posing hypothetical questions about a legal matter to Jesus, in truth they are debating a woman’s very existence. Jesus sees the trap they are setting, trying to make him side philosophically with one group over another, and turns the discussion to an indictment the whole social structure of the time. His interest is in how faith-based communities can/should be different from the society as a whole.

I think Jesus makes it a point, right after this confrontation with the religious leaders, to hug a child. Clearly he’s demonstrating what the kingdom of God should look like—a place where children are cherished. Children have no voice in their parents’ relationships, but often suffer because of them (whether those parents are married, remarried, single, divorced, or whatever). Jesus makes the point that those who are vulnerable and fragile, who are so often wounded by circumstances not in their control, need to be lovingly welcomed and embraced.

Thank God our God is both almighty enough to create a world, and willing to mess around in the muck of it with us! Thank God we are not excluded from God’s family when we stumble, but are encouraged to fumble our way toward healing with God’s accompaniment and care. Thank God we have been endowed with imaginations and intellects that permit us to co-create our realities! Thank God that Jesus dismisses the finer points of sin in order to talk about the big picture of inviting people with damaged hearts to come right into God! Thank God we are all welcome in God’s arms, where we are held and cherished and honored, in general and in specific.

Thank God that from this place of safety and blessing, all of us are called and empowered to tell the amazing story of God’s enduring presence with us. We are sent to invite other mud-creatures into God’s embrace. Thank God that no matter what else happens, God’s story always ends with all of creation brought together into oneness with God and with each other again! Amen.