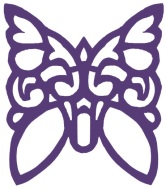 “Lead us not into temptation.” That’s something we pray at least once every week when we gather together. Why do we pray that? I understand why we pray, “Thy kingdom come. Thy will be done.” We want to live in the world God envisioned at the start—a place where everything and everyone is respected, honored, and cared for. And of course we pray, “Give us this day our daily bread.” It reminds us that God is our provider and sustainer.

But do we really think that the God who loves us, who made us in God’s own image, who names us and claims us in baptism, forgives and connects us through the Eucharist, and empowers us with God’s own spirit would actually LEAD us into temptation? If not, why do we have to pray that God wouldn’t? Maybe when his time in the desert was complete, Jesus thought, “I wouldn’t wish that experience on anyone. I’m going to teach my followers to pray that it won’t happen to them.”

But what are we to make of the fact that Luke’s story today begins with this line: “Jesus, full of the Holy Spirit, returned from the Jordan and was led by the Spirit in the wilderness, where for forty days he was tempted by the devil”? Jesus didn’t accidentally stumble into the devil’s path—he was led by the Spirit into a time of trial and temptation. I don’t know why. Perhaps it was so that we would know that nothing we feel or think or go through is unknown to God. No need to hide our embarrassing struggles from Jesus— Jesus has been there, tempted just as we are.

The Good News, it seems to me, is that Jesus was not deserted by the Spirit in the desert. He is LED through it. After the wilderness experience, Jesus does again laugh, eat, sleep, work, and spend time with friends. But he seems to think it’s possible because he was being led by the Spirit. So as we enter the wilderness time of Lent, we also pray for direction, companionship, and counsel through our times of trial.

But no matter how deeply and spiritually we enter this time of Lent, it is not the only time we will need the Spirit’s accompaniment. This text ends with the ominous line: “When the devil had finished every test, he withdrew from him until an opportune time.” Which is to say, Jesus was not freed from temptation once and for all at the end of this trying experience. These wilderness temptations were just the beginning. Jesus wasn’t done dealing with the devil after this episode anymore than an alcoholic is done with booze when they stop drinking, or a member of weight watchers is done with food when they reach the desired number on the scale.

Lent is not the only time we will hear the devil whisper in our ears. As Martin Luther says, “Temptation is the best school into which the Christian can enter; yet, in itself, apart from the grace of God, it is so doubly hazardous, that this prayer should be offered every day, ‘Lead us not into temptation,’ or if we must enter into it, ‘Lord, deliver us from evil.’”

If only temptations showed up for us as clear-cut choices between right and wrong, good and evil! Unfortunately, they are usually much more nuanced. Would it really be so awful if you indulged yourself with chocolates, rather than giving that money to the poor? Does it seem evil to be silent when you witness someone being bullied? Or does it just seem like good common sense to keep your mouth shut and mind your own business? Most often temptations—for us and for Jesus—show up as a choice between what comes naturally and what is holy.

What Jesus was tempted to do did not seem overtly evil. Why shouldn’t a hungry man turn stones into bread? After all, it didn’t seem to be off limits for Jesus to turn water into wine. Why should this be a problem? The temptation is not the activity. The temptation is a question of identity.

Remember that this story of the Holy Spirit leading Jesus into the desert comes immediately after Jesus’ baptism, when he and all those around heard God declaring, “This is my beloved son. Listen to him.” It follows the first three chapters of Luke, in which Jesus’ identity was confirmed by Mary, his mother; his Aunt Elizabeth; Simeon and Anna in the Temple; John the Baptist, and throughout the genealogy in Luke 3. Over and over, Jesus is declared to be the one who will bring salvation to his people. He doesn’t have to do anything or refrain from doing anything to be the Messiah. This is simply who he is. Is it an accident, then, that the temptations Jesus encounters are aimed at making him question that identity? Satan slithers up and asks, “IF you are the Son of God….” throwing his first dart at Jesus. It’s not about stones and bread. It’s about who Jesus is.

Each time the devil approaches Jesus in this story, the temptations are for him to be less than who he is. He is tempted to demonstrate his power over others, instead of his solidarity with them. He is tempted to go out on a limb and hope for God’s intervention rather than trusting in God’s promises. The choices aren’t between right and wrong, but between what comes naturally and what is holy.

Some of you may remember a book (and later a movie) called The Last Temptation of Christ. Written Nikos Kazantzakis in 1960, the premise of his novel is that the last temptation Jesus experiences occurs when he is hanging on the cross, willingly surrendering himself for the sake of those he loves. Considering this “an opportune time,” Satan approaches him, tempting Jesus with an invitation to come off the cross and live a normal life. Kazanzakis voices Jesus’ consideration about what that might mean:

He would return to Nazareth to his mother’s house, would become reconciled with his brothers. It was nothing but youthful folly—madness—to want to save the world and die for human]kind …  He would return to his workshop, take up once more his old beloved craft, once more make ploughs, cradles, and troughs; he would have children and become a human being, the master of a household.

Still, although Jesus did not give in to it on any of these occasions, Satan knows that the temptation to walk away from our true callings is one that works again and again. Surely we have been in places where we’d just as soon coast along with a “C” average instead of continually striving to excel, longing to give in to inertia rather than take a difficult or risky stand. It sounds fairly innocuous, the road of the slacker, but there’s a lot more at stake here. Satan challenges to us just as he did Jesus: “If you are a child of God … Just stop trying so hard. Let go of your desire to love at all costs and in all circumstances. Allow yourself to be less than who you are called to be.”

In her book Pastrix, Pastor Nadia Bolz-Weber puts it this way:

Identity. It’s always God’s first move. Before we do anything wrong and before we do anything right, God has named and claimed us as God’s own. But almost immediately other things try to tell us who we are to whom we belong: capitalism, the weight-loss industrial complex, our parents, kids at school—they all have a go at telling us who we are. But only God can do that. Everything else is temptation. Maybe demons are defined as anything other than God that tries to tell us who we are. And maybe, just moments after Jesus’ baptism, when the devil says to him, ‘If you are the Son of God,’ he does so because he knows that Jesus is vulnerable to temptation precisely to the degree that he is insecure about his identity and mistrusts his relationship with God. So if God’s first move is to give us our identity, then the devil’s first move is to throw that identity into question.

Both Scripture and Kazanzakis’ novel show Jesus, led by the Holy Spirit, able to meet and overcome Satan’s challenge to his truest self. Instead of giving in to what would be easy, Jesus insists on doing what is best, even at the highest possible cost. Jesus lives and dies trusting in God’s goodness. Jesus never stops promising not abandon those God loves, nor leave them without recourse. Jesus lives and breathes the first commandment: he puts his whole confidence in nothing and no one other than God.

We, of course, are not always so successful. But because Jesus knows from experience what it feels like to be tempted, we can trust in his mercy when we cry, “Lead us not into temptation.” It isn’t that we can avoid it. It’s just that we want the Holy Spirit to lead us through the tricky parts, to deliver us. We are praying that just as Satan keeps nudging us to see ourselves as less than children of God, the Holy Spirit would send us reminders that we are indeed God’s beloved children, precious and important in God’s eyes. We don’t ask for escape, but for companionship, when the road gets hard. We pray that our true identity as God’s beloved children would echo in our hearts over and over again, that we would know in our deepest core what Jesus has already said, in every way possible: “I’m right here with you, now and forever.”

And that is more than enough.