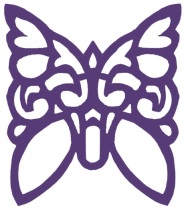 Because I’m going to talk about sin, I have to begin today with a confession. As Christians we are called to rejoice with those who rejoice and to weep with those who weep. We embrace and echo Jesus’ words, “Blessed are the merciful,” and sometimes really mean them. But I confess to you that sometimes I don’t celebrate mercy. Sometimes I really do want a person or group to undergo excruciating and lengthy suffering.

Just for example, I can tell you that when Martin Shkreli was arrested, I literally did a happy dance. Remember him? He’s that cocky young CEO of Turing Pharmaceuticals who acquired the rights to a lifesaving drug and then jacked up the price from $13 a pill to $750 dollars a pill. When people screamed about how horrible this price gouging was, he answered that he hadn’t done anything illegal; he was only trying to serve others. His job was to maximize profits for his investors, and he was doing it. All of that is true. But later, when was incarcerated on an unrelated securities fraud charge, I joined in with other voices saying things like, “he had it coming,” and similar sentiments. No mercy.

Time and time again in the gospels, Jesus calls us to a way of life that stands in stark contrast to the way of the way of the world. Today’s Gospel reading from Luke is one of those times. A group of people come to tell Jesus that some Galileans were executed by the Roman government for allegedly plotting against the occupation. It wasn’t unusual for the Roman government to violently put down any attempt at rebellion (crucifixion was a favorite technique). The question seems to be whether or not these men deserved to die. Were these Galileans “patriots” or “terrorists”?

Jesus doesn’t engage that line of questioning, instead asking, “Do you think that because these people suffered in this way that they were worse sinners than all other Galileans? What about those18 people who were killed when a tower in Siloam collapsed? Did they have that coming to them?”

Do people get what they deserve? How do you answer that question? Does what goes around always come around? If you are in pain now, do you believe that you must have done something to bring grief upon yourself? If we are good, do good things happen to us, and if we are bad, do bad things happen to us?

We have to be careful how we answer such questions for ourselves and for others. Yeah, I can say I think Martin Shkreli needed a little come-to-Jesus moment, and hope he had one. But what about all of his investors who didn’t get in trouble? They’re not incarcerated—they are just richer. Did they have that abundance coming to them? Did they deserve their wealth the way a family of 6 living under a bridge deserves those circumstances? Does that TV evangelist really warrant a private airplane more than sick kids deserve clean drinking water? Does anyone deserve a McMansion more the families staying here with The Road Home deserve basic shelter? Where is karma when you need it?

How do we talk to someone who survives an accident that killed everyone else in his family? Do we assume that they were all worse sinners than he was? How do we respond to grieving parents who ask, “Why did God take our baby?” When you look into their eyes, what can you possibly say? What is there to say to any family members or friends of those who died on 9/11 or the Paris bombings?

I know we’ve all heard a lot of “what NOT to say” responses people make at such times—things like, “The reason your baby died was because God needed another angel in the choir” or some TV evangelist claiming Hurricane Katrina was God’s punishment for “those gay people and feminists.” None of that is useful. Some of it is downright dangerous theology to spread. None of it quells the secret voice that whispers in our hearts, “Where did I go wrong? Why is God letting this happen?”

Jesus says flat out that suffering is not God’s punishment. There is no correlation between death/loneliness/illness/poverty and people’s fundamental righteousness or sinfulness. Accidents really do happen. Non-smokers really do get lung cancer. Babies really do die from SIDS, even when their parents have done everything exactly right. People no better and no worse than you have been devastated by tsunamis, droughts, unemployment, financial failure, sickness, and loss. Much of what happens to us and those we love does not seem fair. It rains on the just and on the unjust alike.

Jesus illustrates his point about how suffering is not God’s punishment for sin with a little parable about a fig tree that’s not bearing any fruit. All you gardeners know that if a plant you have been tending to for three whole years still isn’t flourishing, it’s time to dig it up, get rid of it, treat the soil a bit, and plant something else. But in God’s system—which is not like our system, Isaiah reminds us—the punishment doesn’t fit the crime. The Gardener in this parable begs for just one more year with the tree. “Let me work with it a little more, fertilize it better, do a little pruning. Just one more year, and then it will bear fruit.”

It’s what Jesus the Gardener might say of us, “Just give them one more year, one more Lenten season of repentance and renewal and THEN they will see the truth! Just one more year and they will start to care more about mercy than meting out guilt and blame. Just a little more time and THEN they will welcome the stranger and beat their swords into ploughshares. Any day now they will begin visiting the sick and imprisoned, praying for their enemies, and bearing one another’s burdens…..”

But we fig trees are now over 2000 years removed from Jesus’ appeal for “one more year,” and we still lean as much toward the world’s creed of “The one who dies with the most toys wins” as we do toward loving our neighbors as we ourselves have been loved. God help us!

Here’s the Good News: God has helped us. God knew that the only way to address our perverse view of the world was to enter into it, to share our struggles and pain. It’s worth remembering that the whole conversation in today’s Gospel lesson takes place on the road to Jerusalem, where Jesus will be crucified. If we ever need an example of how suffering is not the result of karmic revenge, we can point to Jesus. Surely no one ever lived better. No one was more beautifully full of grace and compassion and goodness than Jesus. And yet he is arrested, imprisoned, tortured, abandoned by his friends, and executed. Who would dare say he deserved it?

Moreover, through all this struggle, he still does not sink into our sin. Jesus is a clear demonstration of how God’s way is not our way. When he is unjustly accused of blasphemy and inciting rebellion, Jesus does not search for a scapegoat. He does not blame Pilate or Herod or the priests or his disciples or anyone else. On the cross, Jesus submits to violence, but he does not respond to it with violence himself. He tells Peter to put away his sword, and shows us another way of being— a way of humbly trusting in God’s strength and goodness instead of in hitting back.

When we look at the cross, we see that God is always at work in hidden ways, bringing hope to the darkest, cruelest places in the world by methods we do not understand. There are some who suggest that the cross is the only way God’s pure sense of justice could be served, and we’re just lucky Jesus was willing to stand in for us. Their theory is that for God to be fair, sin had to be punished somehow, and because Jesus loved us, he took our place and let God punish him instead. This sounds like human reasoning to me. We need someone to blame when things don’t turn out the way we want them to.

But what if God doesn’t need to punish someone somewhere to restore cosmic equilibrium? What if God’s ways are not our ways, and the cross is not about appeasing God’s thirst for sacrificial atonement? What if the cross is really about something else entirely?

What if the cross is about how far God would go to show solidarity with us? What if God’s answer to the unfruitful fig tree is to become one with it, to identify with it completely, even to the extent of being ripped out of the ground by the roots and thrown on the garbage heap? What if God’s answer to sin is not punishment but love so rich, so deep, so high and wide that we cannot conceive of it? And what if that love is so strong that nothing, not even death, can kill it? What if that’s what the cross means to God?

Then how do we live?

And when things get rough, we remind each other that God understands; God has been there. God knows suffering and loss intimately, and cares for those who are hurting. We can share that with each other. We may not always know the right thing to say, but we can sit side by side, weep together, skipping words if they aren’t helpful. We can gather together to share stories and bread and wine and the forgiveness of sins and whatever else our neighbors need. After all, this is exactly what Jesus asks us to do in remembrance of him.

I don’t know what else you need to do to mirror God’s way in the world, but I know that have to start praying for Martin Shkreli. I don’t like him, but I have to pray for him—for my sake, not his.

Lord, have mercy on us all.