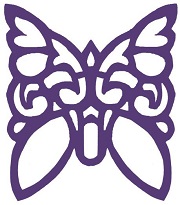 “The man called Jesus made mud, spread it on my eyes, and said to me, ‘Go to Siloam and wash.’ Then I went and washed and received my sight.”

As far as the central character in today’s reading—a man born blind—is concerned, that’s it—the whole story. But the story goes on for two more pages! Why? Because people around him just can’t seem to let it go at that. How can a man who was born blind be healed with a little spit, some ordinary dirt, and the words of an itinerant rabbi? It just seems so improbable! There has to be more to it than that! Everyone from the religious leaders to the disciples to the man’s own parents seems to have real problems with the situation. The only person who seems ok with the events narrated in this story is the man who once was blind but now can see. He believes and worships Jesus.

Sadly, what happens after the healing in this story is not a scene of a crowd wildly rejoicing that a man they’d known as a blind man his whole life is now able to see. No one shouts, “Hallelujah!” or “Congratulations!” Instead, everybody is curious to know the hows and whys of his healing. Rather than hosting a party, shortly after hearing the news of this miracle, various groups of people have started debating the question of sin.

Why do we DO this? Why do people so often feel compelled to focus on what is wrong instead of on what is miraculously, blessedly, incredibly right? Why must every good deed be followed by someone explaining how it wasn’t done “properly” or “in good order”? “Whose fault is it that this poor man was blind to begin with?” ask the disciples. “Was it his fault or his parents?”

It seems there always has to be someone to blame. It must the other political party’s fault. Poor people must have made bad budgeting choices or may just be lazy. That’s why they are poor. Sick people ate too much or drank too much or didn’t eat or drink enough of the right stuff. No one just gets sick or has to beg for a living. They must have done something to deserve it. I wonder if the reason this country’s fighting about healthcare and who gets to have it and how much stems from our secret conviction that somehow we want people to deserve what they get. We want them to have earned the right to be taken care of, and we just don’t know the right criteria to determine that.

To all of that, Jesus says NO! It’s not about sin or deserving healing at all. It’s not anyone’s fault that this man was born blind! But since you are determined to point the finger, Jesus says, point it at me! Point me out to one another; tell each other what I can do with a person’s struggle against darkness. Rather than figuring out who’s to blame in this situation, let’s focus on the central point in this and every question: God’s divine love, mercy, and grace. No matter what their story or situation, Jesus is always able and willing to bring healing to everyone. Jesus is always willing and able to address our messes, our hurts, our real or perceived deficiencies, and—using the most improbable methods—Jesus makes us whole. Jesus fits us all for the work of discipleship not because we have somehow proved worthy of the task, but simply because God wants to bring healing to people who are hurting—us and all those around us.

The religious leaders and authorities in John’s Gospel story just don’t believe that a miracle could have occurred. Who heals a certifiably blind beggar using spit, and dirt? Why, that’s plain crazy and completely out of order—not to mention unsanitary. Only the God of Abraham is supposed to heal—not some renegade preacher claiming to be God’s son. Even the man’s parents refuse to take a clear stand on what happened for fear it will damage their reputations, and they will be put out of the synagogue.

Some Biblical scholars speculate that this story is not really about a specific dispute over the healing of a blind man in Jesus’ time. They suggest this story was created for John’s community at the time that his Gospel was being written—about 80 years after Jesus’ death. At that time, Jews who claimed Jesus was the Messiah were being kicked out of their synagogues for heresy. Scholars suggest that John might have included this story to comfort people who were being persecuted for their beliefs. But does it matter? Does a story have to be historically accurate for it to be true? Can today’s text be a true story about blindness and sight, even if it never happened, or didn’t happen in quite this way? Certainly The Grapes of Wrath is a true story of this country’s Great Depression—one of the truest I’ve ever read—and Tom Joad’s family is fictitious!

By the time we get to the end of John’s real or invented story, the problem of physical blindness is no longer the biggest issue at stake. This story is about so much more than a literal physical curing. With all the freaking out about laws regarding healing on the Sabbath and who has the power to heal, not to mention the debate about whether or not sin causes physical afflictions, it’s almost hard to remember that there was a blind man who had his sight restored.

Remember the story of Nicodemus we heard from John’s Gospel two weeks ago? He came to talk to Jesus in the dark of night. Jesus told him he needed to be born again of water and the Spirit as a new creation, but Nicodemus kept trying to figure out how it was possible to physically crawl back into his mother’s womb to experience rebirth. Just last week, we heard about Jesus talking to the Samaritan woman at the well about living water. She thought he was speaking of physical H2O and said, “Give me some of that living water so that I won’t have to come to this well every day to draw water.” This week, when John presents us with a story about a man’s blindness, odds are that Jesus isn’t just talking about some kind of normal, natural, physical malady. It’s much more likely that this story is really not about physical blindness, and that the events it includes may or may not have happened in quite this way, if they happened at all.

But that doesn’t change the fact that Jesus was then and is now in the business of miracles. Jesus did and does habitually take ordinary, struggling, yet beloved, claimed disciples, and through water, word, bread, and wine equips us to be his people. He takes our humble gifts and multiplies our meager offerings in ways that can’t be explained rationally. Jesus inspires Nicodemus to make his faith apparent in the light of day, and empowers the Samaritan at the well to proclaim Good News to her people. Jesus makes a community out of strangers. Jesus empowers individuals and congregations to feed the hungry and house the homeless by enabling us to pool our resources and lift our voices together. Jesus works through the church near and far to advocate for justice and fairness, to lift up the lowly and honor the poor. The things that Trinity, the South Central Synod of WI and the ELCA can accomplish for our world shouldn’t be possible in any rational way, and yet, miracles of hopeful grace happen every day!

Jesus routinely opens our eyes, blinded by fear, to glimpse his glory. It doesn’t make sense, but Jesus bathes us in the waters of Siloam and sends us out to tell our stories of new life! I don’t get how it works, but I want us to stand up and cheer every single time it does! Why don’t we make it a point to celebrate every time something crazy-good happens—like Jesus’ granting vision to the sightless using ordinary, commonplace materials. Whenever we encounter the wonders Jesus can work with our humble gifts, we ought to throw a party! Whenever we see the Holy Spirit blowing blessings to us and through us, we ought to rejoice with all that we have and all that we are. Let’s break out the wine! Pass the bread! We once were blind, but now we see! Thanks be to God!