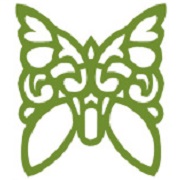 Whenever we get to the story of David and Bathsheba in confirmation class, students are always shocked. They say things like, “But I thought King David was supposed to be a hero!” or “Wait, is that the same David that was Jesus’ great-great-great grandfather?” and my personal favorite: “THAT’s in the Bible?” Oh yes, this seditious book is full of sex and violence, and in this case, both.

According to the story, King David saw Bathsheba taking a bath, found out she was married, and promptly sent for her anyway. Then he commanded her husband to fight on the front lines of his army and made sure he never made it home again. Then he took Bathsheba as his wife. And I do mean took. When the God-ordained king and her husband’s military commander sent for Bathsheba to sleep with him, I’m guessing she didn’t have a lot of choice in the matter.

The way the author 2nd Samuel tells the story, God is offended by David’s conduct, and sends the prophet Nathan to David to confront him. Nathan says: God saw what you did. God saw the death of Uriah and the rape of Bathsheba, and God will not be silent. David repents and is forgiven, but the baby Bathsheba bears from this union dies anyway, as cautionary reminder to David.

The problem with this way of reading and understanding the story comes down to how it interprets the nature of sin. If sin can be reduced to only a transaction between an individual and God, then the only important part of today’s OT lesson is David’s sin, David’s fall, David’s condemnation and repentance and forgiveness. If sin is just a private matter between a person and God, then Bathsheba is not really part of the story. She’s just a foil for the important transformation in the character of David. Bathsheba’s grief at her husband’s murder and her son’s death is only a side story, a few throwaway verses to set up what David will do next. The victim who suffered at the hands of David is made unimportant.

If our only concern about sin is whether or not it endangers our eternal salvation, we forget what our sin does to those we sin against. If our only prayer is “Forgive me,” we lose track of the fact that sin is not just a breach in our relationship with God, but also with the rest of God’s creation. When we narrow our understanding of sin to be just a private transaction between an individual and God, it allows us to look at the story of a campus rape of an unconscious girl and decide that the requested six years in prison—less than half of the maximum potential conviction of fourteen years—is too severe a consequence for her rapist. Six months would be enough. No, even six months is too much for what the rapist’s father called “twenty minutes of action.”

When sin is only a transaction between an individual and God, we not only forget the victims of that sin, we miss also the systems that encourage it. We miss the culture that teaches women, from day one, to be pretty and to be quiet. We miss how girls are told that their exposed shoulders are causing their male friends to have lustful thoughts, and so they need to cover up so the boys won’t stare. We miss how often the questions people ask after a rape are about how much the victim had to drink, or what she was wearing, or where she was walking.

When we reduce sin to only a transaction between an individual and God, when every instance of sin is a single event rather than part of a vast pattern that recurs over and over again, we ignore the systems we live in that perpetuate violence against women, that act as if sexual assault is a natural consequence of being born female and not hiding it well enough.

In our reading from Luke today, Jesus was eating with a Pharisee—a religious leader—named Simon, and a woman came through the crowd at Simon’s house and knelt down to wash Jesus’ feet. “A sinful woman,” Luke says, and Simon repeats it. The nature of her sin is never mentioned, but traditionally her sin has been understood as sexual. People assume that she was a prostitute or an adulteress, and that she, like Mary Magdalene needed the forgiveness of Jesus to free her from the stain of her sin. (BTW, Mary Magdalene is never once in the whole Bible is called a prostitute, but her from being viewed as one by two thousand years of Christian tradition).

So this unnamed sinful woman, at the feet of Jesus, is usually assumed to have committed some sort of sexual sin, which in many people’s understanding would include prostitution, forgetting for a moment what leads women into selling their bodies on the market in the first place. Not to mention it is, and always has been, a profitable one, at that. Simon asks about this party-crasher, “How did SHE get here?” and we might do well to ask the same question. How does a woman get to such a desperate place? In Jesus’ time, a woman was the property of her father until she became the property of her husband. It appears neither one is around protecting her, so what horrors lead her to be all alone in this time and place?

When we reduce sin to only a transaction between an individual and God, we forget victims and systems, and we look at the women who have been slaves to the sexual appetites of men since the dawn of time and say: “You don’t belong at the feet of Jesus.”

Do you see this woman? Jesus asks Simon. Well, of course he sees her! How could he not? She’s making a spectacle of herself in his dining room. But does he see her? King David didn’t recognize himself in Nathan’s story. Did Simon see himself in Jesus’ story? Do we see ourselves in these stories? Do we see this woman?

Jesus begins speaking of the woman’s sins, announcing that they are forgiven first to SIMON, not the woman. He speaks of forgiveness as something that happened in the past—”her sins, which were many, have been forgiven.” When? When did that happen? Before this dinner party? Did she know that? Why is she crying? Are these tears of gratitude because she knows that she’s been forgiven? Or are these tears of repentance that she thinks will bring about his forgiveness? Maybe, like many of us, she heard Jesus tell her that she was forgiven before, but she needs to hear it again. Maybe, like many of us, she is still beating herself up about something God has already washed away. Why doesn’t the author give us any of her story?

Do we see this woman? This weeping woman with no name, no friends accompanying her, no way to escape the reputation of “sinner” that Simon and the rest of the town have branded her with? This woman who comes forward in radical hope?

Jesus sees her. And Simon. And King David. And Bathsheba. And Brock Turner. And you. And me.

Do you see this woman?

Sin is indeed a fracturing of an individual’s relationship with God. Moses knew it, and wrote the laws of sacrifice and worship in order to rebalance the God-human relationship broken by sin. And Jesus knew it—knew it all the way to the moment when humanity’s fear of love and love of power tore his godly life from his human body. Forgiveness sees that transaction and transforms it, releases us from it.

Forgiveness is God’s promise to David “you will not die.” It is the assurance to the psalmist “your sin is forgiven.” It is the voice that says to the woman, “your faith has saved you; go in peace.” But beloved, that forgiveness is not the end. It is only the beginning!

Now that we are forgiven, we are free! Freed from the fear of eternal damnation, freed from what damages our connection to God. But we are also freed FOR something! We are freed to look long and hard at what we have done, not because we are afraid, but in humble, heartbroken recognition of those we have sinned against. We are free to see this woman, this victim, and all people broken by the systems of sin and oppression. We are free to see them as they are, as beloved children of God worthy of restoration to the fullness of their selves. As forgiven and loved children of God, we have the freedom to choose to live differently, to fix our mistakes, to work for reconciliation, to choose every day following never to take even one step down the same path that might wound someone again.

We don’t have to do anything to earn God’s love, and we don’t have to pay back God for forgiving us. God’s forgiveness is not something God takes back again every time we disappoint God. It is not a scarce commodity. It’s poured out over and over, washing over us like water in a shower. It is so thick and deep and strong that it gives us the power to change our lives. It is complete and unconditional.

And because we are forgiven, we get to be like the whole contingent of forgiven women at the end of Luke’s story who stake their money and their lives on Jesus’ ministry. These women are willing to pour their whole selves into showing Jesus (and the people around them) that he is worth all that they have and all that they are. He has seen them and loved them.

As author Anne Lamott so perfectly puts it: “I do not understand the mystery of grace — only that it meets us where we are and does not leave us where it found us.” Because of God’s grace get to go in peace. We get to serve the Lord. Thanks be to God.